When I was asked to write about major mistakes when storytelling, a list of dos and do nots popped into my head. It was the list of things I was told when I was your age, a baby reporter chomping at the bit to get her career started — be on time, listen to NPR before going into work, etc. I also had thoughts of saying how in this new media world everyone should have a blog/website and how you should never post your party pictures on social media because it comes back to haunt you. But you’ve heard all this before and from people better than me. Besides, you need for-real practical advice that’s going to make you unstoppable in this career. It’s about story. It always was and will be. So, let’s discuss how to become master storytellers.

Relying on the press release and/or the spokesperson person for the story.

Don’t do this. As a medium, we have come to rely on the press release and I don’t blame us. In a world of get it up on the site fast and first, having something spoon feed to you is great. However, learn this lesson now: treat the press release and the PR person as A source, not THE source. Also, don’t quote the scanner. Don’t quote the scanner ever.

How do you do that? Depends. A breaking news event means you’re probably talking to witnesses, victims, maybe even the assailant. You also need to interview experts. There are experts in everything and they are only a Google search away. This will add depth to your stories and context, which is a good thing. It also makes you look super smart, which is a better thing. I suggest getting at least three sources per story. Some outlets will let you get away with two but you guys are better than that. Three for the story at least and makes them good ones.

Taking on more than you can chew

This is a common problem. You want to write about truth, justice and the American way but you’re getting assigned bake sales and festivals. I know that people have talked to you about how you should develop your own story ideas in hopes to avoid these types of assignments.

Yes, I know it’s controversial but don’t have a list of story ideas that you want to cover…yet. Cover the festivals. Jump at the chance to cover the bake sales. Is there an assignment a senior reporter doesn’t want to do? Do it. More importantly, do it with a smile and on time with clean copy. You have a degree but you’re still a student and these types of assignments will help you concentrate on improving your interviewing and writing skills, the most important skills you will need. To do the stories you want to (and frankly need to) do, you need to be able to do the basics really well and quickly. Once you can get the entire thing done — interviewing to writing — in one hour, you’re ready for something more challenging. You’ll also earn brownie points with the senior reporters who, when they see gumption from a young reporter, can become great mentors.

Ledes are not awesome. They should be, however.

Ledes are hard to write. It takes awhile to learn how to handle them. However, some editors also don’t have a complete handle to ledes. It’s a problem but if you can get a handle on them, it just makes you look much smarter.

Here’s what you need to know about ledes:
First day crime stories will always have straight ledes,
Anecdotal ledes only work if you find the right person and even then you have to make sure the lede doesn’t go too long
Question ledes? Limit them to two for your entire career.

Essentially get what people need or need to know to relate to the story up first. Sometimes it helps if you write ledes last. Yes, I know it’s the first thing you read but sometimes you gotta write the entire story first before you know what you want to say in the critical first line (s).

The most annoying thing in the world for the reader is when there is not a nut graph in the story. The nut graph is the why-I-should-care part of the story and it’s typically the third graph. If it bury the nut graph beyond the 4th graph, editors, and more importantly readers, will be annoyed.

And your social media person will want to kill you.

Not telling the story.

At the end of the day, you’re telling a story. I never understood why journalism schools never taught storytelling. Sure, it’s important to gather the information but on some days that’s the easy part. What separates the good from the legendary is telling the story.

This lesson I learned as a fiction writer, not as a journalist and it’s made me better. A shooting is not a shooting but the ending of something other than life — an argument, a struggle for importance, a way out of a bad situation. Very rarely is a shooting about someone putting a bullet through someone’s head.

That goes the same for everything else. One of the stories that still makes me think to this day is when a group of Cubans, who were aiming for Mexico, were found on Mustang Island near Corpus Christi. While everyone marveled about how these six Cubans survived on the waters through a hurricane and dehydration, the real story was about love. How each of them, including the only woman on board, risked it all to see sons and daughters they only know through crackled voices in telephone conversations or through words on handwritten page. This story was about love, and love is what every kind of reader understands, even those who didn’t understand the asylum policy or how this event was actually possible, they understood about love.

Lesson: Always go deeper, even when everyone else seems to have already done the work.

Get a library card or a Kindle or a Nook. Read everything. Read all the time. Don’t just read newspapers. Read books. Read fiction and non fiction and memoir. I know reading now is difficult with school but reading will make you a better storyteller because you are studying other master storytellers. You are learning from them and their craft — how they structure a story, how they interpret events, the words and scenes they use — you need to pay attention to all of it. They are all lessons that will help you in your quest.

Well, those are some of my tips to become a master storyteller. Some of these I learned the hard way while others I learned by the grace of others. Practice, write, report, read. Repeat. See you in the field! 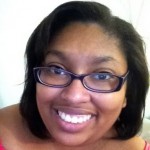 Icess Fernandez Rojas is a 35-year-old writer, blogger, and journalist. She’s been published in USA Today, the Guardian, the Houston Chronicle, Latino Rebels, and Urban Latino Magazine. She’s been a reporter for more than a decade and currently is the social media coordinator at The (Shreveport) Times in Louisiana.  Fernandez’s literary career began at 19 when she was a Nuestra Discovery for Houston’s Nuestra Palabra: Latino Writer’s Having Their Say. She is a graduate of the University of Houston and earned a Masters in Fine Art in Creative Writing from Goddard College. Fernandez blogs at IcessFernandez.com